Another day, another package. 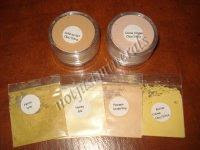 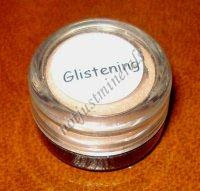 The other freebie was Glistening lipgloss which I gave to my friend since we ordered together. This one is a FS eyeshadow.

Good thing I was able to order a Nintu sample coz this is what Ellie said I should mix with my FS Amenti that's lighter than the original when she reformulated her foundations. 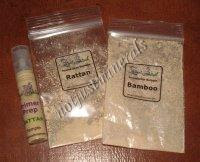 I got foundation samples in Rattan and Bamboo and a Primer in Rattan. I think these shades look so much lighter than they are in the website swatches. I don't think it would be a problem if the primer is a bit light though coz it would be covered with foundation. I swatched them earlier and they are light. Review for the primer soon although I have tested it today. 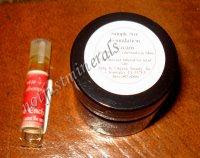 I got the Foundation Cream sample for Oily skin. This can be used as a primer or you can mix in your foundation to make a tinted moisturiser. The vial on the left is a freebie perfume sample in Rose. I'm still waiting for another item coz this was sent out so fast before I was done emailing the owner about something else I wanted. (Talk about fast turnaround time and shipping!).