We went to the the hospital yesterday for a number of reasons:
1. My daughter's well-child check-up before school starts in 2 weeks.
2. Hubby has to meet a senior consultant coz he'll be leaving for the US and my hubby will take-over for him.
3.Hubby has a scheduled stress test.

So, my DD and I went over to the Pedia's for her check-up (she gained a couple of pounds, grew taller). I also asked if they have this year's new Flu Vaccine available. They had it so I had my daughter get a shot. Better to be protected since pre-schools, I think, are one of the places kids get diseases. DD was good up to the part she got the shot (as expected) but she got over it quickly I suppose. She was never a cry baby even when she was younger getting her vaccines. We're also lucky because she rarely gets sick. If she does it's just a 1 day cold or 2-3 day cough once or 2x a year at the most that doesn't really require any medication.
Went with hubby when he had his stress test. My daughter had fun watching him and the other patients at the Heart Station. She was so fascinated by the 2D-Echo machine and kept asking questions about it, the heart, etc. She even made up her own version of the heart sound with actions. While hubby was having his test, I thought I might as well get an ECG myself since I was already there. So I asked the head tech and in less than 10 minutes I was done with my ECG. The IM resident was there so I had her read the strip which was normal so far. However, my BP at 120/80 (which was my usual BP) was now considered Pre-Hypertensive!
Oh, boy, I was shocked and a bit upset about this. Turns out the international guidelines for this have been lowered because there has been an increase in incidence of strokes and MI (heart attacks) in 20-40 y/o. Well, for my age (mid-30's) I'm still protected (lower risk) from heart attack until menopause (and all women for that matter).
Hubby's was another matter. He reached the upper levels of the stress test but his feet already hurt so had to stop (too much tennis last Sunday). At the peak of the test his BP was 180/90. Now this really is alarming. He and I didn't want to dwell on the consequences yet until we get the official results of the stress test. We both have histories of hypertension in our families so we were at risk. I just didn't thnk it would be this early. Hubby's BP at rest or with slight physical extertion bordered on the Stage 1 Hypertensive level. We'll both get our blood exams done this weekend probably for complete work-up before checking with a cardiologist next week. At least we'll have all diagnostics done to show him.
It's scary thinking of what might happen that I'd rather not. Right now, we need to change our eating habits to more healthy food and I need to be more active. Ugh, I hate exercise. I'll see what I can do about that. I'd rather go on hikes but I can't do that everyday living in the city. Not every weekend also because gas prices are now sky high and hiking places are far away.
****BIG SIGH****
----------------------------
Because of the morning's events, we went out and ate our favorite food at Dencio's LOL! We had Calamares, Krispy Kangkong and Crispy Sisig, of course. Plus watermelon and iced tea shakes, YUM! Hubby left DD and me at the mall since it was scorching hot outside and he went to his clinic.
We 2 gals ended up shopping. I got a bottle of the toner I use since it's running low, Mario Badescu Special Cucumber Lotion (lots of freebies included). I also got bottles of shampoo & conditioner to try out. I was comparing prices when I got home and turns out I got these cheaper here than drugstore.com. 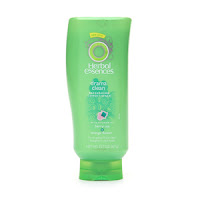 Herbal Essences Drama Queen Conditioner
This is a light hair conditioner which I prefer. Heavier ones weigh my hair down and I prefer those for once a week usage. I've tried this one out and I like it. It smells so good too. 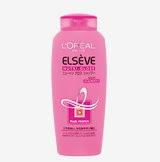 L'Oreal Elseve Nutri-Gloss Shampoo
I think this is marketed as Vive Pro in North America. It is Elseve in Asia but still with Eva Longoria as the model. I've used it once and it's okay so far, left my hair really shiny. 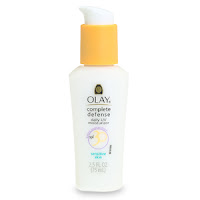 Olay Complete Defense SPF 30, Sensitive Skin
Well, this one's just a back-up bottle for the one I bought a month ago. I didn't know it would be hard to find this particular variant here and I only saw this in the 2 Watson's branches I bought them from. It wasn't available anywhere else, even in high-end department stores. I saw this at drugstore.com retailing for $14.99 (Php675) but I got it only for Php399 or around $8-9 retail price. What a steal! And I thought I wouldn't be able to find it again and would have to resort to forwarding companies where I have to pay shipping and buyer's fees LOL! This bottle even came with a free Pantene Conditioner in a big tube. I didn't know it was on promo, good thing my mom uses Pantene so I gave it to her.

My DD bought DVD's of her beloved kiddie shows so we were both happy. (Not to mention the shopping I did last Sunday. I bought 4 tank tops, Goody StayPut pack of 4 headbands and 2 PSP games).
The shopping therapy made me feel better. I hope next week's blood tests turn out okay for both hubby and myself. Will update.
at 3:00 PM