Been having fun with Picnik the past few days (thank to JenW.).

I'll be posting photos I've experimented with here for my FOTD and other stuff. It's only the free version I've been using so I can just imagine what you could do if you upgrade to the Premium version.

Went to the mall yesterday for a "sort of exclusive" sale but I wasn't able to go around much because I wasn't feeling well. I think I overate Kettle Chips in Spicy Thai (yum, my fave!) earlier so I felt bloated and had indigestion, ugh. Ended up going home earlier than intended :-(

(Photo taken at night before removing mmu and going to bed so excuse the messy hair)
Just wanted to show how long the Avon Glazewear lippie lasted (5 hours after application). It was still on my lips after eating a little bit and drinking iced tea and a mug of milk tea. I had to scrub my lips with my toothbrush to remove it.

No Eyeshadow (as usual)

After 2-3 years of sniffing this in the store and lemming for it for so long, I was able to get a bottle of Philosophy's 3-in-1 in Candy Cane. I really love the scent but wasn't able to buy one previously because it was a bit expensive for a shower cream. I saw it at the sale yesterday at around 50% off so I did not hesitate to get one. I wanted to get the matching scrub but I still had some other scrubs (and it wasn't my intention to buy a scrub anyway).

Sooo here it is: 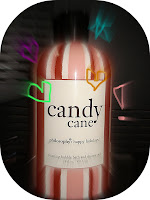 I love 3-in-1's and I got hooked to it when I first bought a bottle years ago of Philosophy's Cafe Au Lait. Since it was a splurge I shifted to Bath & Body Works Temptations 3-in-1 line and hoarded a few bottles when my friends go to the US. I think it's been discontinued??? Hopefully not coz I really love them and are a cheaper alternative to Philosophy's. I prefer shower creams (not shower gels) coz they're moisturizing and are more hygienic to use than soaps (that's just me okay?).


I wanted to get other Philosophy stuff on sale like Baby Grace shower creams or perfumes and Smashbox items but my uncooperative tummy got the best of me :-(
Anyway, my DD got a really cute toy on sale from Debenhams that I had fun taking pictures of: 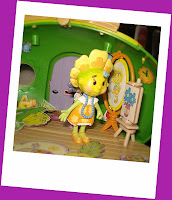 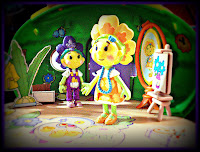 Hope I'll be able to go back to the sale.