Hi all! Christmas is fast approaching and I still have a few gifts to get for the family.

My DD's Christmas party in school (with parent participation) is coming up this Saturday and so is my baby nephew's baptism -- in the afternoon of the same day!

One of the products I didn't regret buying a few weeks ago is the Barbie Loves Stila Smudge Pot in Little Black Dress. I got it for Php 895 (around $18) for a 4 gram glass pot. Cheaper than US prices, I think. And don't you just love the packaging? It's Barbie's eye that winks at you in a 3D/ hologram-ish sort of lid cover. 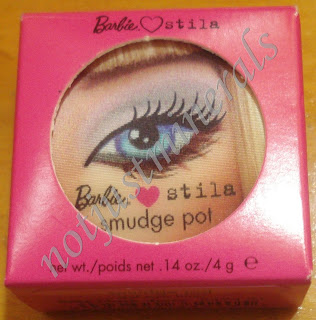 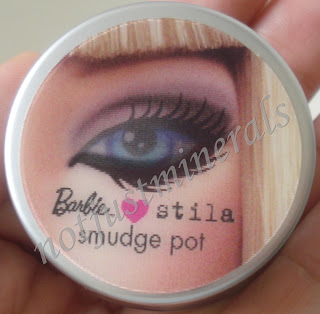 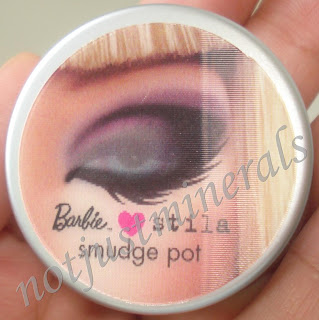 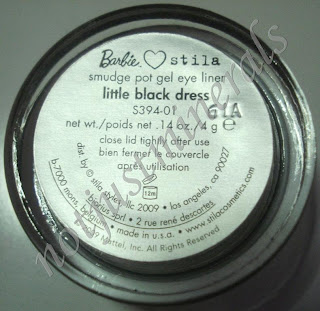 First of all, the shade is black with pink sparkles, really pretty! It just looks a bit purple in the picture maybe coz of the pink sparkles. 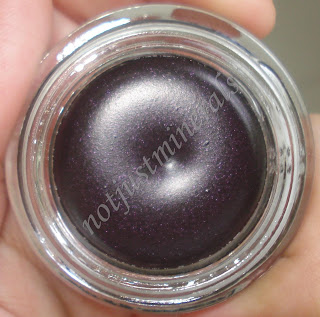 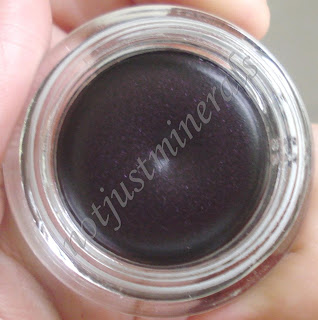 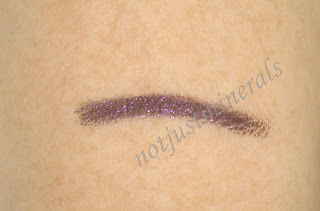 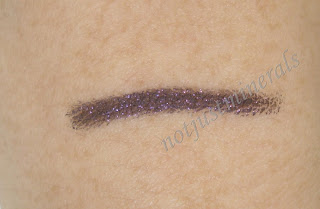 This is my very first smudge pot and I am amazed at the staying power. I've heard a lot of good reviews about Stila smudge pots in general and was so excited to get one myself. I have very oily lids that even Indelible gel liners or MAC paint pots crease and smudge on me in just a couple of hours. With the Stila smudge pot (no primer) it lasted throughout the day but with a bit of fading but no smudging or lid transfer. With eye primer it lasted better, no smudging at all. Hooray!!!

on my lid, no primer 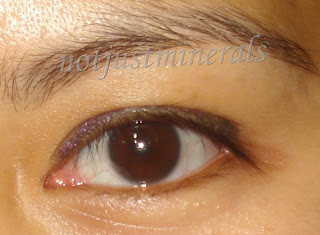 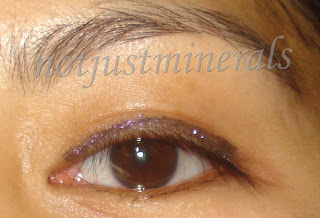 I use my angled liner brush to apply the smudge pot.

The next photo is when I tried to rub it off the back of my hand a few minutes after swatching. It didn't budge. It's just the pink sparkles that came off.

Little Black Dress shade on the left and Bronze smudge pot on the right (coming in next post). 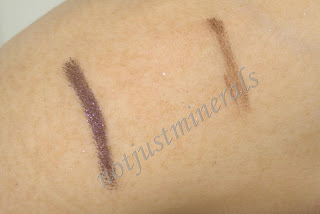 (sparkles on my finger) 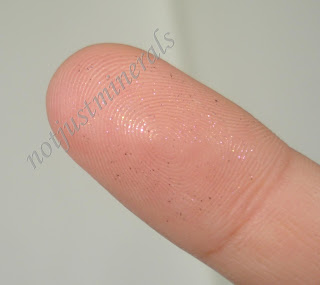 I've used this the past few weeks for Christmas parties or just going out and my eyes look more defined. The pink sparkles aren't over the top and would only be noticed if you look closely at the eyes but no one would do that now, would you? I wore it daytime and night time. Sometimes just the liner by itself (as I don't have the time to put on eye shadow most times).

There is a tiny bit of fallout of the pink sparkles though but it was easily removed when I brushed on my finishing powder. It also didn't bother my eye and I'm a contact lens wearer.

I think I found my HG gel liner now. I want to get the Brown shade next.